For 16-year-old Daniel Belikov, the decision to study at Naale’s Anières Elite Academy in northern Israel was a matter of getting out of his comfort zone—academically and socially.

He excelled as a student at the Jewish school he attended in his native Frankfurt, Germany, and had a nice circle of friends, but the moment his father suggested Naale’s Anières Elite Academy in Israel for high school, Daniel was hooked. 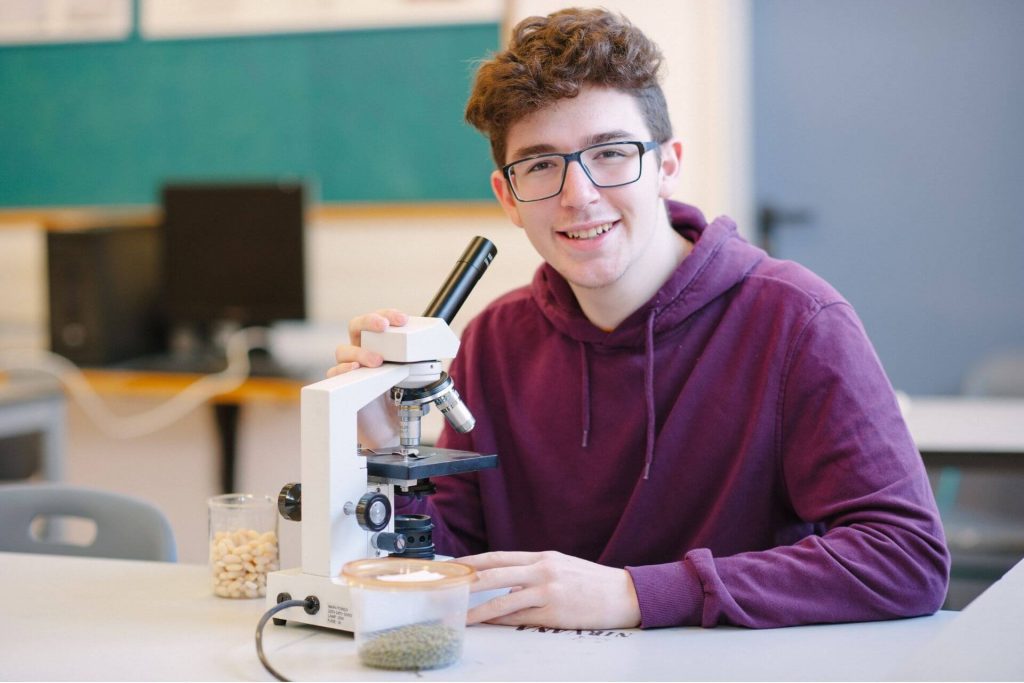 “I wanted to get out of my comfort zone and try something new,” says Daniel Belikov, now a 10th grade student at the Anières Elite Academy in Nahalal youth village. “I was 14-years-old, I wanted to learn more Hebrew and had the opportunity to go to Israel, why shouldn’t I take advantage of that?” 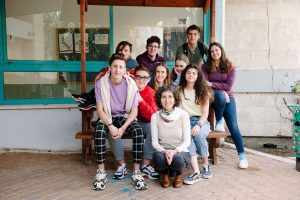 Anières Elite Academy, a joint project of World ORT and the Technion-Israel Institute of Technology, works in collaboration with the Israeli Ministry of Education, the Naale program, the Jewish Agency and other educational organizations. It provides a broad academic foundation for gifted students who excel in science, technology, engineering and math. Anières also offers a full Bsc. Scholarship at the Technion, for those who are accepted, in various fields.

“We want to train a group of students who will be at the forefront of Israel’s science and technology fields, and will reflect values of the program in industry, academia and public leadership and to help our student fulfill their potential and develop their personal capabilities,” notes Ira Lotman, Anières Elite Academy program manager.

Getting Acclimated to the program

The first year at the school is spent strengthening Hebrew skills, and studying the core subjects of math, English, and sports.

Now, Daniel is studying physics and chemistry in Hebrew along with native “sabra” Israeli students at Nahalal. 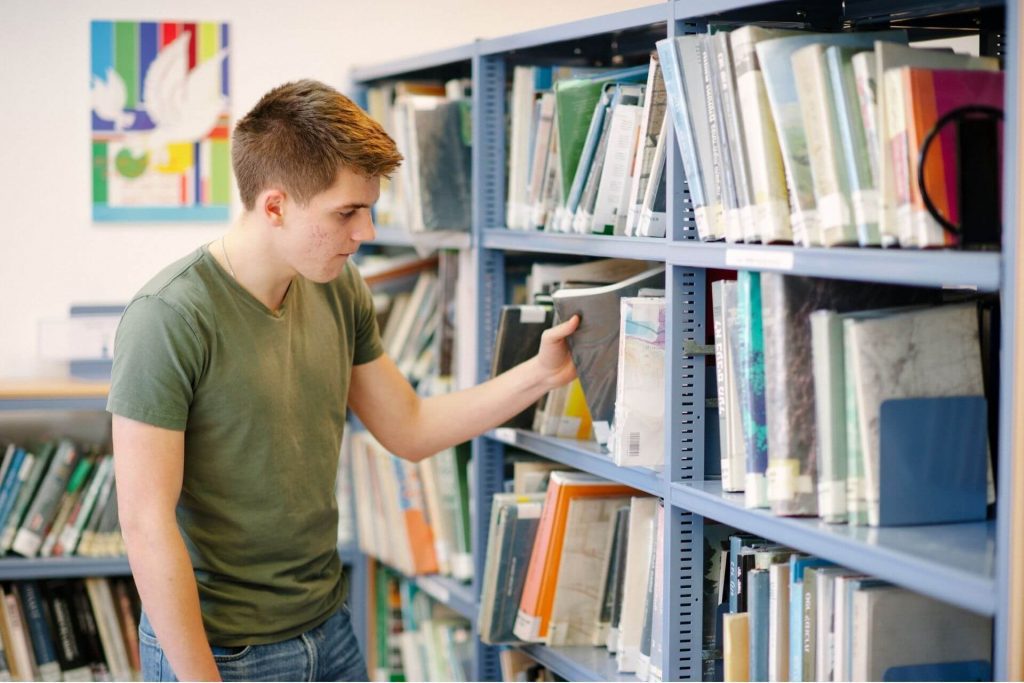 “Last year was hard because I didn’t know Hebrew, but now my Hebrew is good enough to have a basic conversation. I’ve learned a lot of terms and words used in physics and chemistry. It is amazing how fast you learn Hebrew,” he says.

“The Israeli students are helpful. They know a lot of students in their school have broken Hebrew because there are also new immigrants. They like that I am from Germany and ask me a lot of questions.”

After the first year spent immersed in Hebrew studies, the Anières students become an integral part of the Nahalal School, studying in the same classes with their Israeli counterparts. The grades 10-12 curriculum includes mandatory subjects such as math and English at the highest level (5 points), Bible, history, civics, special literature studies for olim. Students take two elective subjects choosing from: physics, computer science, chemistry, biotechnology, robotics. The second elective can also be: diplomacy, art, photography or communication also at the 5 point level. Students are also matched with a local host family which they visit every month and during the holidays, to help them adjust to their new environment.

As with all Naale programs, students accepted into the Anières program receive a full scholarship for all their high school years at Naale.

Though students at Anières begin their journey in 9th grade, it doesn’t end at the completion of high school, Lotman says. Anières provides support and tutoring for the students and special studies for the psychometric college entrance exam in both 11th and 12th grades. “Our goal isn’t only matriculation from the Nahalal Youth Village School. Our goal is for those who qualify, to enroll in the Technion. It is a very ambitious, multi-layer, long term academic endeavor. We are not only speaking of a four-year program. We are speaking of at least an eight-year program,” she says.

Student teams have won top prizes in academic olympics and national competitions in math, chemistry, physics and cyber security.
Exemplary students can also participate in a special academic program in collaboration with the Technion faculty of aerospace engineering and faculty of chemistry, receiving academic credit for courses taken, Lotman says.
Students who excel at Anières and show strong potential continue to study for a B.Sc in engineering at the Technion within the IDF’s Academic Atuda track.

However, Daniel notes, the school is not just about academic excellence but also provides students with ample opportunity for extracurricular activities including music, theater, and sports, as well as time for socializing with friends.
“You can do whatever you want if you just have the motivation,” he says
As a student at Anières he has gained important life skills and learned about personal responsibility, Daniel says, and with students coming from some 17 countries from around the world, he has also had the opportunity to widen his cultural horizons.
“That is the beauty of Naale. You get to meet people from all over the world and see they are the same as you but have their differences in their ways of thinking or preferences,” says Daniel. 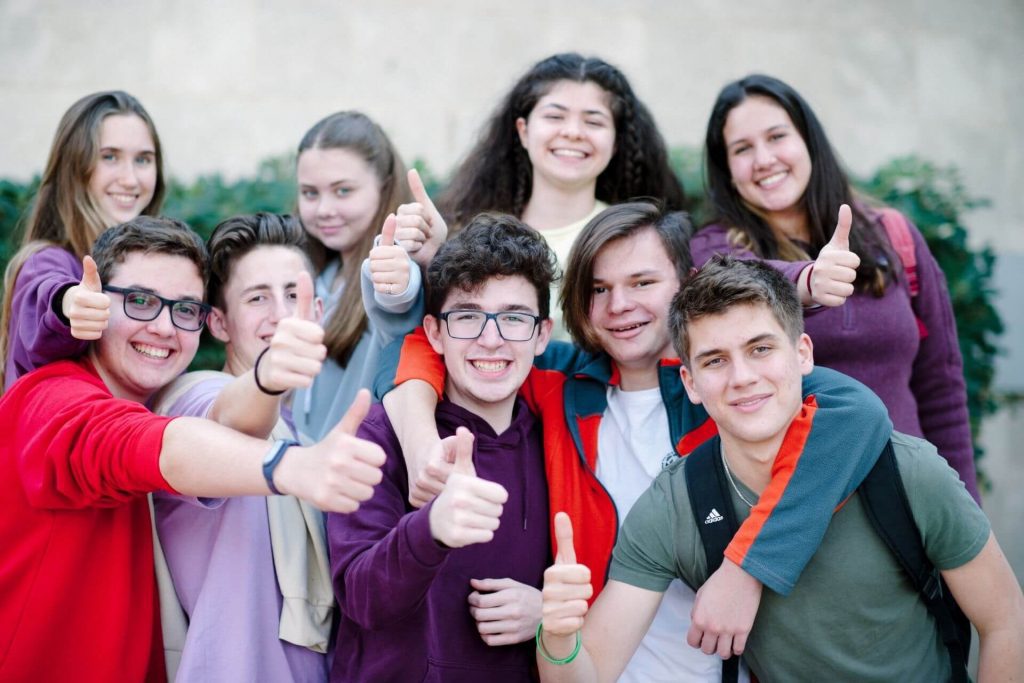 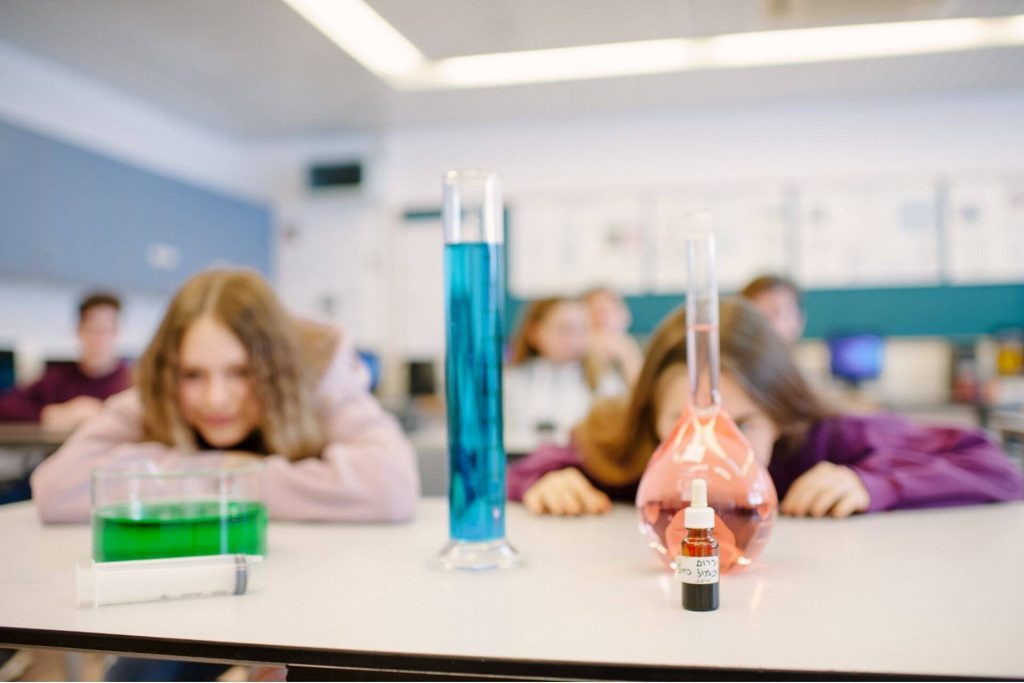 “The word ‘Technion’ was a big thing for me”

Graduates who are accepted into the Technion in several fields, receive full scholarships from the Anières program for their B.Sc. studies. The Technion is in the top 10 Science and Technology universities worldwide.

Anières Nahalal graduate Mercedes Voscoboinik, 21, from Concordia, Argentina is among those who received a scholarship and is now in her third year in Aerospace Engineering B.Sc. studies at the Technion. After graduation she will serve in the IDF Atudah program, where in addition to completing her mandatory army service she will also gain professional work experience in her area of study.

“The word “Technion” was a big thing for me from a very young age and I knew I wanted to study engineering there,” she says.
An only child, her parents encouraged her to enroll in the Anières program, and 1.5 years later, they too moved to Israel, making Aliyah.

The Anières Program has Educated Jews for Decades

The Anières program originated in ORT Institute at Anières, Switzerland, where after the Second World War, it educated hundreds of Jewish students who became leaders in science, industry, education and technology throughout the world between 1947-1997.
In 2013 the program reopened its doors in Israel at the WIZO Nahalal Youth Village campus in northern Israel where they make up 10% of the overall student body and two-third of the students who board at the school. Nahalal is considered one of Israel’s premier academic institutions.

Mercedes was able to represent Anières Elite Academy together with seven other students who traveled to Geneva for nine days to meet with graduates from the Anières program’s first class in Switzerland, now in their 70s and 80s.
The opportunity to make friends from around the world was also a very unique experience, she says. She had roommates from the USA, Italy, and Russia, and used the opportunity to learn different languages.
“It was pretty cool getting to know people from other cultures, share their food and learn their language,” she says. “I wouldn’t have gotten such an experience if I wasn’t at Naale in Anières.”
Indeed, says Lotman, the multiculturalism is a unique aspect of the program and its influence on broadening the students’ outlook is viewed as important by the Technion.
“Everyone brings their own cultural norms and knowledge. The students learn how to be tolerant, to accept people who are different, from another culture,” she says. “This has a huge influence on them, and they take this with them to the Technion, where it becomes apparent in the way they approach their work in high tech solving technical problems.”

Even now when she is at the Technion, the Anières community continues to provide support to students, says Mercedes.
“There is always some activity. There is an Anières community, some have graduated, some are in the army, and some are students. If I need professional help with something I know there is a community I can reach out to,” she says.
Mercedes is also among those Naale students who have returned to tutor current students one-on-one.
“It feels really good to be able to help. I understand the students, I understand their struggles because I have been through the same thing and it all turned out very good,” she says, noting that this year she has been tutoring a student from Ukraine via Zoom because of Covid-19. Last year she volunteered at Anières teaching a course in introduction to aerospace engineering.
One Anières student has graduated from the Technion and five more will graduate this year, with more graduating in the coming years, notes Lotman. In October 2020 the Anières Elite Academy Alumni Association was founded for graduates to maintain community contact.
“The power of our Anières Alumni Association community is that Anières students now studying at the Technion give back by tutoring the youngsters at the village,” says Lotman. “The goal is to keep in touch with students for life. This is education for life”.

Meanwhile, check out our socials to learn more about us!